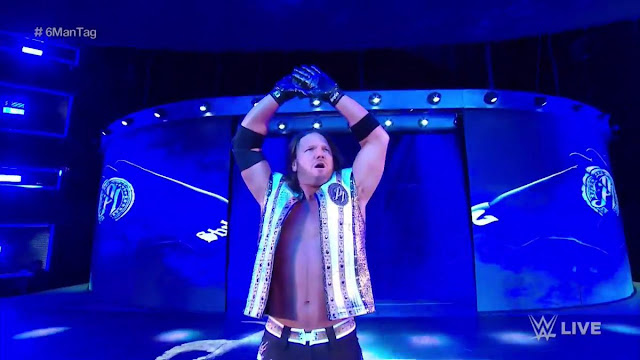 HOUR ONE
- Stephanie McMahon makes her way to the ring and then introduces her brother Shane McMahon. The two embrace, as the Montreal approval disapprove loudly and vocally. McMahon is introduces as "The Best in the World," and the crowd chants, "CM Punk." The Miz then makes his way to the ring and brawls with Shane-O-Mac. Shane McMahon makes an escape and The Miz is busted open.

- Cedric Alexander is heading to the RAW brand

- Andrade is now on RAW

HOUR TWO
- Elias is in the ring and opens up playing The Undertaker's theme. He then takes credit for his music brining The Dead Man back from the dead. After making a quip about the Canadiens, he receives deafening boos from those in attendance. He is then interrupted by another WWE legend, Rey Mysterio (now on the RAW brand). Mysterio and Elias brawl with Mysterio gaining a clear advantage before Elias makes his escape. Lars Sullivan then makes his way to the ring making easy work of the future Hall of Famer.

- Alexa Bliss is back with a special Superstar ShakeUp edition of Moment of Bliss. Her special guest is none other than Montreal native Sami Zayn. His music plays again and again and again. Each time Zayn receives adulation and participation from his hometown crowd. He then leads the crowd in several chants - all in French. Zayn talks about spending all week in the city and confesses to loving the city with a pretty big caveat, "The city is great. It's just the people I can't stand." He adds, "If I'm being honest, I really didn't want to be here tonight....the whole thing is just funny because 9 months ago I would have looked forward to coming out and receiving this kind of response, but now the cheers make me a bit sick. Zayn puts on his best Freud, "I've figured it out. You project your...failures on to me." He adds, "These are not fans. You can't even call them fans. They're too busy playing critic. They're too busy playing king makers. It's disgusting." Bliss interjects and says that the people are not the problem with WWE, he is. Zayn corrects her, "I was born here, but these are not my people. I don't even live here. I moved to sunny Orlando, Florida. I chose to leave Montreal before just like I'm choosing to leave Montreal right now." The crowd erupts in cheers and chants in unison, "Na na na na, Hey Hey Hey, Goodbye." Zayn responds, "See you in hell."

- Natalya makes her way to the ring and congratulates Becky Lynch on her recent successes, but also challenges her to a future match. Lynch gives Natalya credit for building "the revolution from the ground up," and before she accepts Natalya's challenge, the two are interrupted by Lacey Evans, who announces she is on RAW. Evans challenges Natalya and the winner of the match will receive a championship match against Lynch

- A new Bray Wyatt vignette airs and this time with children's toys and a terrifying laughing doll in a rocking chair. 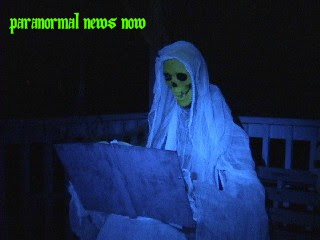